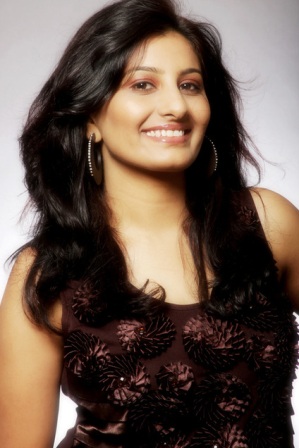 Poonam Shende is a popular Interior decorator and film producer who hails from Pune. She was born and brought up in Pune doing her schooling and college from the same city followed by her interior designing program. She then headed to enter into the interior designing industry and according to her she has designed 0.3 million of square feet of properties in the past seven years but she loved films and wanted to be the part of the same. It was her stint that brought her to invest in Marathi films. Her production company is known as Saarathi Entertainment.

After establishing her niche in the interior designing niche area, she went ahead to pursue her second dream of making films. She then invested in the film called Matter having Jitendra Joshi and Rajesh Shirgarpure in the lead roles. As soon she went through the script she was ready to invest in it as she loved the concept. Thus it was the beginning of the two careers side by side since she called the duo as creative fields that made things simple for her.

Her next venture was the one that she partnered with the known M Town musician called Ajay-Atul venture known as Jaundya Na Balasaheb, which was directed by Girish Kulkarni. Considering her interior designing background, she also did the interiors of the film’s studio in Mumbai. Some of her other ventures include Pindadaan and Bus Stop, which is basically the remake of a Telugu movie with the same name. These are her upcoming projects, which fall under the pre-production phase. Her next Marathi was Swami Public Ltd, which hit the theaters on 27th November 2014. The film has Chinmay Mandlekar and Subodh Bhave in the lead actors.