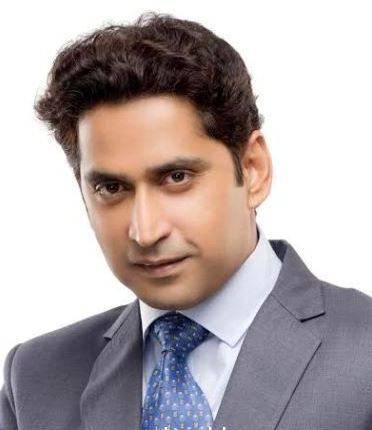 Chinmay Mandlekar is a known face in Marathi Cinema. He was born and brought up in Mumbai on 2nd February 1982. He did his schooling from St. Sebastian School in Girgaon and then went to Dahanukar College located at Vile Parle in Mumbai. During his college days, he was active in cultural programs, which led him to theatres to act in few plays before he entered in TV and then to Marathi Cinema. Apart from an actor is also known as script writer, author, poet and dialogues. He has written the script for the film Duniyadari and written stories for Vijay A and Kshan. He is a versatile actor who is both good in comedy and serious roles.

This graduate of NSD (National School of Drama) wherein he directed and written and acted in a number of plays including Bechaki and Sukhanshi Bhand toAamhi. Some of the movies wherein we can find Chinmay include Powder, Mokssh, Hou De Jarasa Ushir, The Tigers, They’re All Dead, Morya, Gajaar: Journey of the Soul, Duniyadari, PyaarVali Love Story, Sanai Choughade, Pangira and Krantiveer Rajguru.  He also did two Bollywood movies Tere Bin Laden and Shanghai. As far as his personal life is concerned, he is married and have a son and daughter.