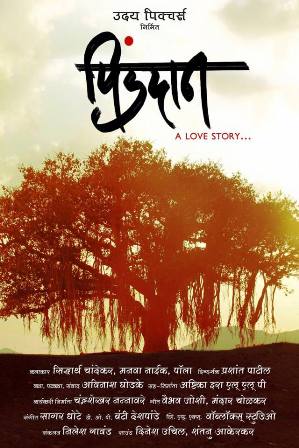 Synopsis: The upcoming Marathi movie of PrashantPatil called Pindadaan is at the midst of its completion. The film has Siddharth Chandekar, ManavaNaik, Prasad Pandit, MadhavAbhyankar, Sanjay Kulkarni, Farida Daadi and Paula are doing the lead and supporting roles for it. The film is directed by PrashantPatil, while it is produced by a slew of people from M Town under the banner of Uday Pictures.  Chandekar is playing the role of a British character that comes from England to India for his research work, while ManavaNaik is playing the character of Ruhi a local girl from Mumbai. The film has much to offer the Marathi audience; however, not much has been talked about the film in the media.

However, considering the picturesque first look poster of the film, one can make out that the film will be a soothing love story. The mystical story of the film is written by Avinash Ghodke, which is produced under the Banner of Uday Pictures and presented by Saarthi Entertainments. For more on latest news and happening about this upcoming Marathi movie Pindadaan, do keep on visiting our site and we will get back with some of the updates pertaining to this Marathi film and other Marathi Entertainment news.