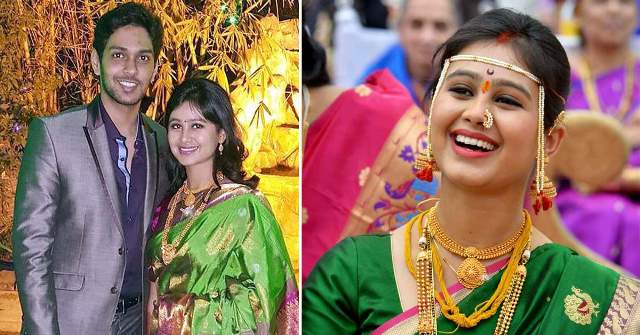 Mrunal Dusanis was one of the most eligible spinsters in the gown. After becoming a successful actress in Marathi TV, she was seen doing her debut in a Marathi film as well. However, amidst all saga of success over small screen, she is making another news in the media. As per the recent buzz, she has not married to a guy called Neerja More from Pune a software engineer based in the United States. As per reports, she would be heading to US and would settle downs there the moment she finishes her ongoing shows over small screen.

Mrunal is currently doing good with the Marathi TV serial at Colors called Assa Saasar Surekh Bai. Her character Jui in the said serial has been very much popular in the Marathi audience. She is also famous for other TV series called Tu Tithe Mee wherein she has cemented her image like a dutiful wife. We at JustMarathi congratulates her for happy and blissful wishes ahead in their married life.