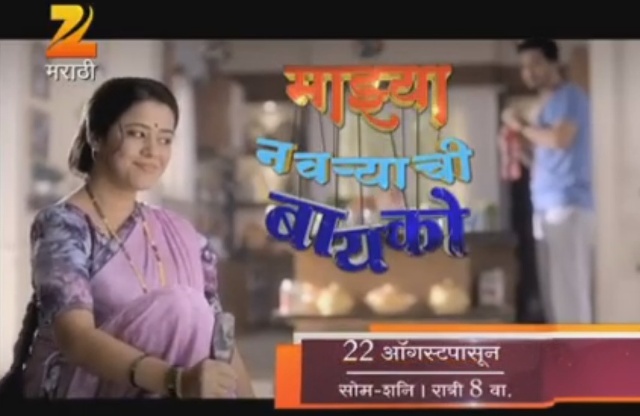 The popular Marathi Serial called Zee Marathi is now embarking with a new TV serial called Majhya Navryachi Bayko, which is all set to hit the channel on 22nd August. The TV serial has Abhijeet Khandkekar and Smita Gondkar in the lead roles, while a slew of others are playing supporting role in it.

The TV serial falls under comedy drama, which revolves around the husband and wife relationship. This TV serial would replace the other one called Pasant Ahe Mulgi, which is finally ending up this week starting from January 2016.

Majhya Navryachi Bayko TV serial as said revolves around the life of a couple – husband wife and the family surrounding the two. The TV serial has many jovial moments and has been made in a light mode to entertain the Marathi audiences found within and outside the state. The promos released earlier are getting decent response, which has made a good amount of pre-release buzz in the media attracting the Marathi audience far and wide. Stay connected to us to get more on this and other TV serials.