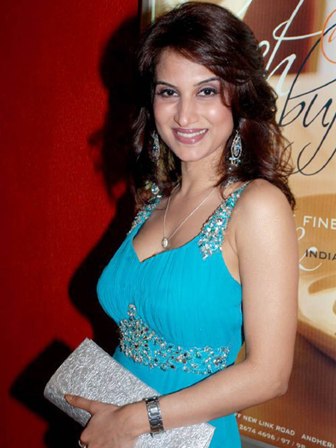 Smita Gondkar is a known actress from India who works both in Marathi and Hindi films. She hails from Mysore wherein she was born and brought up at. Her birthday is on 18th April 1984 and she completed her schooling and colleges Mysore and Mumbai. Since her school days she was interested in sports and cultural activities. She participated in sports and have represented in Maharashtra State Kayaking Team wherein she was the Team Captain participating in all the National Games Events.  She has been an active biker as well that helped her to entertain her a lot. Let’s check more about her in the following paragraphs:
She has worked with the Disney Cruise in the US along with people representing from 55 different nations. She is also a known professional stunt biker and has also participated in the MTV Stunt Mania to be the only semi-finalist in the year 2009. Her career in films (Marathi) started with the movie Mumbaicha Dabewala in 2007 and then she got another films including ‘Satya-More Than Human’, Majhya Navryachi Bayko,’Hip Hip Hurrah and Wanted Bayko No 1. Since then it was no looking back for her and she got another set of movies including Mr & Mrs Unwanted, Main Hoon Rajinikanth, Just Gammat and Maya.
She is currently doing a M Town movie called Light Ek Kaloakh, while her upcoming movie (Marathi) movie called Gadbad Gondhal is all set to release soon and it went on to give a good boost to her career. The film happens to be a romantic one and she is doing the lead role in it. Talking about rewards and recognition, she was nominated for Gadbad Gondhal in Ambarnath Marathi Film Festival in the year 2017 for the Best Actress, however, she didn’t manage to get one. Now, she is she seen as a a contestant in Colors Marathi’s reality show called Big Boss Marathi, Season 1. Now talking about her personal life, she is not dating anyone as she is still focusing her career.  Stay tuned to know more about her and others only with us.
Share