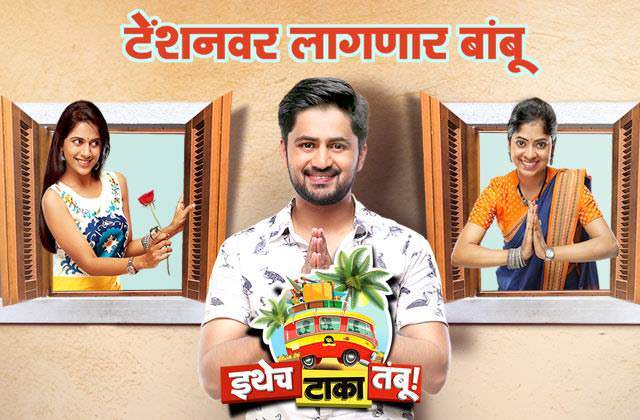 The newly launched Marathi TV channel called Zee Yuva has slew of new TV shows, which certainly include the one called Ithech Taka Tambu. The TV serial is directed by Hemant Deodhar, while produced by Shrirang Godbole under the banner of Indian Magic Eye. The TV show has slew of actors in the pivotal roles, which include Shashank Ketkar as Kapil Sathe and Madhura Deshpande as Gauri Mayekar along with Samartha Thakur, Vijay Patwardhan and Prakash Sapre. The show has commenced this Monday itself starting from 22nd August 2016, while it is being aired from Monday to Friday at the prime time of 9 pm.

Talking about the story, the TV is completely a comedy show, which revolves around the young and dynamic man called Kapil Sathe. He happens to be a second officer in Merchant Navy and a voyager by heart.  He loves a very polished and sophisticated life and move in his life with perfect planning. One fine day, he visits at his grandmother’s place at Kokan wherein he is informed that he is the only heir of a resort called Ramaashray.

His life takes a drastic turn and soon he is indulged into the responsibility of the resort. He has a funny man around him who is all the time comedy. He then comes across a lady called Gaury Mayekar who is sharp and the two come close to each other triggering the romance. The TV show revolves around family and humanity values, love, simplicity, empathy and the intrinsic in Indian culture.