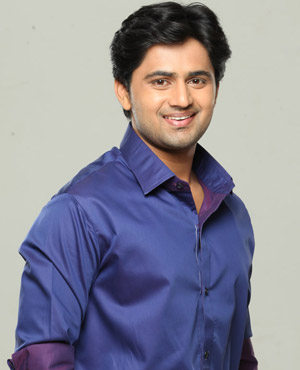 Shashank Ketkar is well known actor in Marathi serials. Beginning with Marathi plays, Shashank stepped into acting profession. Till now he has worked in various TV serials and is quite popular for his charming good looks.

29 year old Shashank Ketkar had no idea that life would bring him in the world of acting. Belonging to a family of academicians, he pursued a career in engineering and later management. He completed his graduation from renowned Pune University. All set for a great career in IT, he went to Australia to pursue his masters in management. But when acting opportunities knocked at his door, he could not turn them down and there has been no looking back ever since.

Right in the beginning of his career, he bagged opportunities which gave him scope to prove his skills. He played a key role in the popular stage drama, Purnaviraam. His first Tv serial was Kaalaay Tasmee Namah on Etv Marathi. He played the grand son of veteran actor Vikram Gokhale in the serial. He later stated that it was a great learning opportunity for him to work with the accomplished actor. Later he appeared in Firuni Navi Janmen Mi. In the serial Suvasini on Star Pravah, he played the key role of Jayaraam which gave him reckoning as a skilled actor. He impressed one and all with his expressive and impactful acting. By now he had improved a lot as an actor and was growing in the Marathi Tv industry. His impressive looks and charming manners made him very popular with the audience.

Acting career has not only given Shashank creative satisfaction but also his wife Tejashree Pradhan , who is also an actress in TV serials. While the two played the role of a traditional couple in the popular drama Honaar sun me hya gharachi , cupid struck the two and soon they were head over heels for each other. Shri and Janavi, the reel characters soon became husband and wife in real life as well when they tied the nuptial knot in 2014. Two make a lovely and popular pair of Marathi television.

Before he became an actor, Shashank was not only a good student but also a national level swimmer. Besides his penchant for acting, he indulges in swimming and water sports. He is fond of traveling and loves to gorge on veg delicacies across the world. He is a foodie and a travel enthusiast.