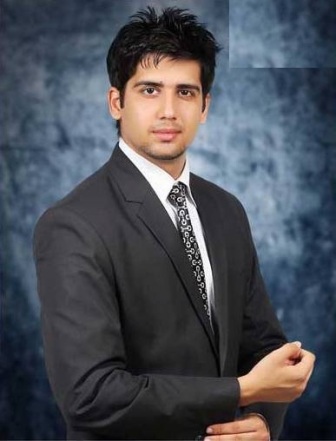 Neeraj Goswami is a TV actor particularly seen in Marathi shows. He was born and brought up in Mumbai. He did his schooling and college from Mumbai itself and since his early age he has been keen to enter the acting world hence was attached to theatre groups before entering into the small screen. He has been active in the cultural activities and has been in the forefront trying different roles in college plays and the theatre groups in which he has been the part of. So, when he completed his education, he knows what to do with his life.

So, he kept continuing doing his theatres and at the same time tried to enter into the small screen and soon got the chance to work. Initially he kept on doing smaller roles in TV serials till he got something big in the TV show called Tum Hi Ho Bandhu Sakha Tumhi wherein he was roped in for the lead role.

He received positive words for his performance which helped him to bag a lead role in the Marathi TV serial called Shravanbaal Rockstar, which is currently running over the newly launched Marathi TV channel called Zee Yuva. As far as his personal life is concerned, he is not dating anyone and too young to marry. He is currently focusing on his career.