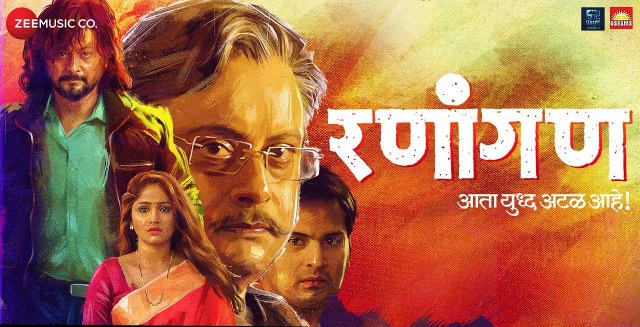 Here comes the Ranangan trailer the film that embarked  amidst all the evil and good story. The film has the big stars of M Town including the young and talented actor Swapnil Joshi and Sachin Pilgaonkar who are seen against each other that seems to be an highly awaited Marathi film to release of this season. Recently the makers of the film have released the trailer of the said M Town film over the popular social media platforms. Besides the two, the Marathi movie also has Siddharth Chandekar, Pranali Ghogare, Suchetra Bandhekar and Anand Ingle in the lead and supporting roles.

As you check the  trailer you get it introducing you the key conflict seen in the movie which is linked to the roles of Siddharth Chandekar and Pranali Ghogare. The marriage we see in the movie has a strong political backdrop, while Swwapnil Joshi here in this movie appears to be an anti-hero and soon we get to see him like a Krishna kind of figure. Even the character of Sachin Pilgaonkar seemed to have some darker shades in the film. This can raise some amount of confusion of who is right and who is the evil, which makes this film very much exciting!

The film ‘Ranagan’ is produced by none other than the known group Karishma Jain and Joe Rajan while it is co-produced by Arjun Singgh Baran, along with Swwapnil Joshi and Kartik Nishandar. The director of the movie is Rakesh Sarang ‘Ranangan’ who promises to be the best family entertainer with all the attributes and traits of a political thriller along with a romance. The film is all set to hit on 11th May in the state so if you are yet to catch the trailer of the film do have a look as under, and yes do not forget to shoot your views on it by commenting on the same. Stay tune for more on this and other with us.