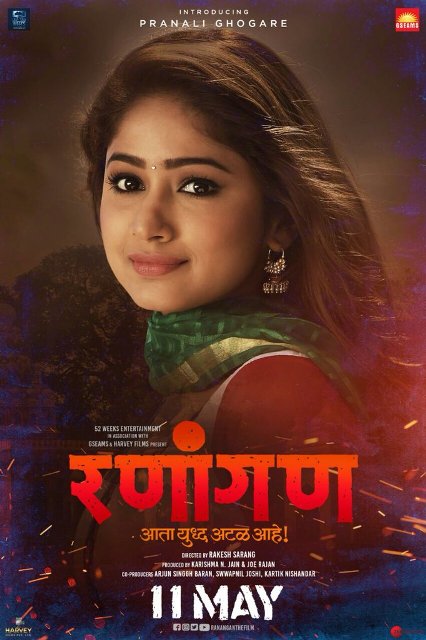 It’s a dream of every artists to appear on silver screen and make their mark in industry but very few succeed at it as it’s not a walk in garden. One has to show a lot of courage and determination to earn their place in industry which Pranali Goghare has showed, bagging her very first movie Ranangan.

Initially Pranali had no plans of making her career in cinema and was happy playing cricket but destiny had different plans for her. At the start of her journey Pranali played a lead in television show ‘Mere Rang main Rangnewali’ a story developed by Sooraj Barjatiya and produced by Rajshri Production. She even did a short film ‘Guddu Engineer’ with Nikhil Advani and also appeared in Telugu film ‘Manchukurisi Vellalo’ with well-known photographer Bala Bodepudi.

Ranangan is presented by 52 Weeks Entertainment, in association with Global Sports Entertainment and Media Solutions (GSEAMS) and Harvey Films being produced by Karishma N. Jain and Joe Rajan and co-produced by Arjun Singgh Baran, Swwapnil Joshi and Kartik Nishandar and directed by Rakesh Sarang.

The movie is set to release this summer on 11th May.