Ye Re Ye Re Paisa 2 Movie Review : A Laugh Riot worth watching with good performances

Plot
The film deals with a recovery agent played by Sanjay and his team who heads to London to recover 100,000 Crores from a business tycoon who has run away taking the whopping amount from a bank. He is promised 100 Crore from them, he then forms a team and heads to the UK to recover the money. So, what happens next is the roller coaster ride of laughter and humor worth catching on the silver screen.
Review 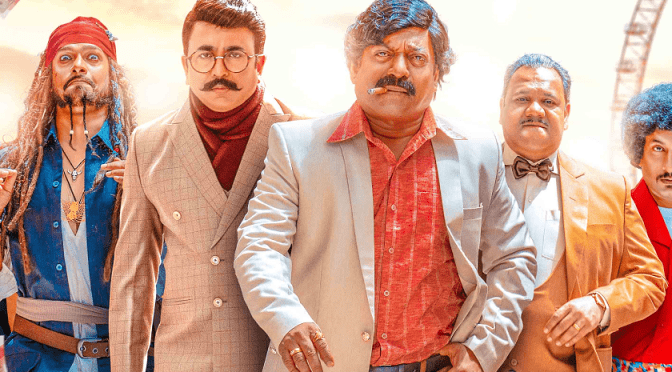 The film is somewhere based on the life of a few businessmen who have fled taking huge money from the country like Vijay Mallya and a Gujarati businessman Mehul Chowksey. However, the makers have added several humor elements that make the film interesting and captivating along with many punches and humor that remain worth catching the movie. The writers have done a decent job in writing an interesting story with a good screenplay. The makers are smart enough to get a good star cast that has made all the difference in boosting up the entertainment value of the film.

The actors like Sanjay Narvekar, Mrinal Kulkarni, Anand Ingle, Smita Gondkar, and Prasad Oak have done a decent job while playing different characters on the silver screen, making it worthy enough to catch the film. At times the punches and humor become too repetitive allowing the audience to take a loo break. Talking about the other elements like music, screenplay, direction, editing, photography and other technical stuff, everything seemed par to the requirements of a good film. Thus all these elements have worked well to boost up the entertainment value of the film in a big way.

The film is an interesting sequel to the popular franchise Ye Re Ye Re Paisa, which remains a laugh riot while the story goes on an interesting mode. You can certainly catch this film this lazy weekend and enjoy with your family and friends.