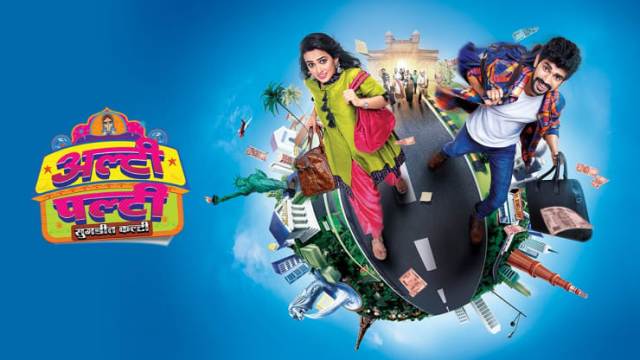 Synopsis: The popular TV Marathi Channel Zee Marathi is back with yet another TV show called Alti Palti Sumdit Kalti. The TV show has Chetan D Vadnere and Shivani Baokar, who are seen with hordes of other good actors from the small screen world. It is a comedy-drama genre TV show, which has hit the small screen on the said TV channel since 7th August. The TV show will be aired from Wednesday to Saturday sharp at 10 pm. The promos released earlier seems interesting about the said TV show and has helped to create a decent buzz in the media.
Talking about the plot of the TV show, it has some amount of resemblance when two souls of small-town areas in the country come out to reach Mumbai and con people to achieve their big plans and dreams. They fool people with all the strange ways as much as they can and end up getting the best of the results. Interestingly, they are always able to ditch people and even the police for a ride as no one is able to catch them while they con people. Thus moving from one place to the other doing things most interestingly and innovatively. Stay tuned to know more about it and others only with us. Till then if you have anything interesting to share do let us know by commenting below the same.
Share