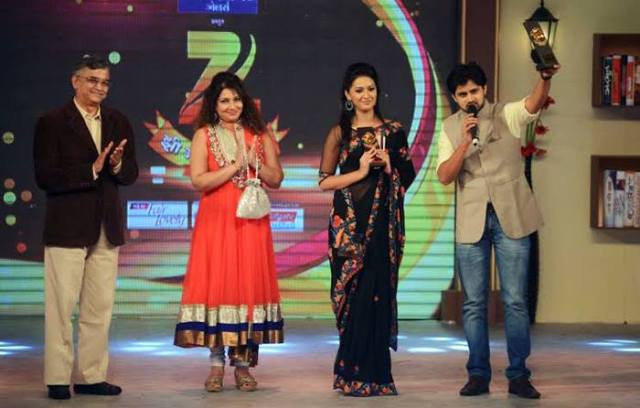 The popular Marathi TV channel Zee Marathi held its awards distribution ceremony and it was packed with Marathi audience. The function had many popular faces of the channel performing on the stage on various hit numbers. Many awards were given away with cheers from the audience.

Zee Marathi awards were held on 23rd October, Sunday at 7.00 PM. It will soon be telecasted on the channel. The highlight of the program was the star studded dance performance by lead couples of all the shows. It was a long dance performance with the female and male leads dancing with interesting mimicking and expressions. The most interesting performance  was from the cast of Mazhya Navryachyi Bayko.

Kahe Diya Pardes is a popular serial based on the love story of two youngsters belonging to different regions. The cultural differences and the fun and difficulties to manage through make the serial a great watch. More than a family drama, the serial depicts Marathi culture and its beauty.

Zee Marathi Awards will be telecasted on the channel soon.

Krishna will woo Marathi audience with his talent on Marathi screen