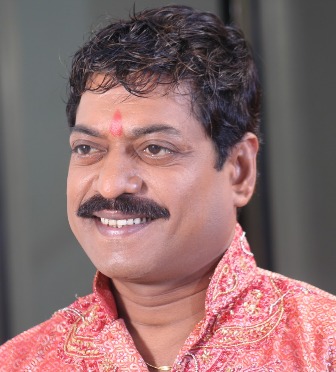 Sanjay Narvekar is no more an unknown name in M Town. He is a popular Marathi and Hindi movie actor. He was born and brought up in Sidhurdurg district wherein he had his schooling and college. He is married to  He started his career with as a theatre actor and did a number of Marathi plays. Talking about his personal life, he is based in Powai, Mumbai and is married and the couple has a son called Aryan S Narvekar. Recently, he was seen doing his debut in Marathi movie called BokyaSatbande. He is often known for his loud and cynical comments in films.

He started his career of acting with Marathi theatre wherein he was seen in a number of Marathi plays. Some of the Marathi plays include Rangya Rangeela Re, Adhanthar, AshiPaakhare Yeti, All The Best, LochyaZala Re, KheliMeli, Bajirao Mast Mi, AmhiAlo Re and Tedha Hai Par MeraHai to name a few. He then got the chance to Marathi movies and he did his debut with the film NauMahine NauDiwas followed by a couple of others including Target- The Lakshaya, ChasmeBahaddur, Sarviar Sari, Aga BaiArrecha, Khabardar, Checkmate, Tula Shikwin Cahngalsh Dahda and Aata Pita to name a few.

While appearing in M Town movies, he then got the chance to work in Hindi, which all started with the film EkAur Ek Gyaraah and then in a number of other movies Deewar, Indian, Baaghi, Vaastav, Fiza, Jodi No 1, Bas Itna Sa Khawab Hai, Ehasas: The Feeling, Pyaasa, Kismat and Chand Ke Paar Chalo to name a few. He was applauded for his role of DedhFootiya in the film Vaastav which he did with Sanjay Dutt. He was nominated for the said role under the category of Best Supporting Actor for the Filmfare Awards.