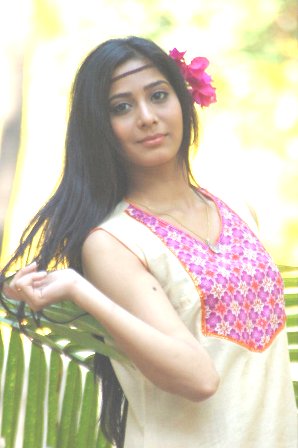 Purva Pawar is a known face in Marathi Cinema. She was born in Solapur and brought up in different places including her native place, Pune and Mumbai. Since her childhood, she wanted to know what she wants from her life. Hence was often seen active in cultural activities and plays during her college and school days. This gave her a good exposure in terms of acting and facing camera as well. Her dreams to act led her to the city of dreams – Mumbai wherein she got a good exposure in pursuing for her acting skills.

As far as her career is concerned, Purva Pawar she started her acting debut with the film Bluffmaster in the year 2012 followed by Aabhranand Sutradhar in the year 2013, however, the former this year remained unreleased. She then got the chance to work with other movie called Highway, which gave her recognition in M Town getting, applauds from different corners of the theater. She turned a talk of the town when she went topless for a calendar shoot carried out by a known TV channel. She had shot for the calendar with bare body hiding her top assets before the camera.

As far as her personal life is concerned, she was seen changing her name and renamed herself as Poorva Pramod. When asked to what prompted her to change her name, she categorically said that she didn’t do this for any neurological reason but after her father’s name.