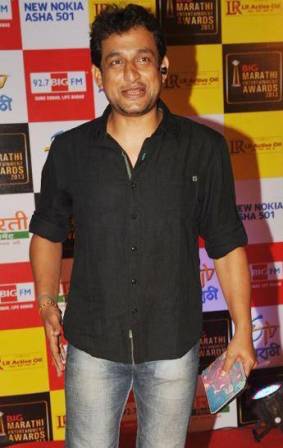 Prasad Oak has acted in a number of films in Marathi and has also directed and produced few films. He is also a singer and an anchor. His recent releases as actor includes Rama Madhav, Vishesh Manjhe Hi Majhi Misses, Mazha Mee and Headlines. The actor has mostly played comic roles and is highly popular for his comic timings and his loving screen presence. Initially in his career he acted in popular TV serials such as Damini and Bandini.

Prasad was an assistant director for a few Marathi films initially. With Kalyug, Hindi film that released in the year 2005, Prasad’s career took off. He was noticed for his small but powerful role. Later many potential roles in Marathi films came his way. Full 3 Dhamaal , a multi starrer comedy, established himself as a versatile actor. In the film he shared screen with actors like Makrand Anspure , Dilip Prabhavalkar , Kranti Redkar and others. The film like its prequel was a blockbuster in 2008. In 2011 released Hip Hip Hurray, he essayed the role of one of the friends who struggle to make an earning. Their hilarious adventures for making quick money were liked by one and all. Prasad’s performance was highly appreciated.

In 2014 , he bagged the role of Raghunathrao Peshwa in Mrinal Kulkarni directed Rama Madhav , a period film. The actor played the character of the Peshwa king with a distinct poise and maturity. His performance was counted amongst the best onesof the film. In the film which has full of above average performances, Prasad did full justice to his role and stood out as one of the best.

Prasad is now preparing for the release of the thriller 7 Roshan Villa in which he is cast opposite award winning actress Tejaswini Pandit . The film is directed by Akshay Datt. In the film he plays Tejaswini’s husband who usurps her father’s property and tortures her causing her mental breakdown. The lady then plans a revenge on her husband.

Besides acting Prasad is also a singer. In the celebrity singing show Sa Re Ga Ma Pa , Prasad was the winner. Apart from this he has sung in few Marathi films. He recently stepped into film production and direction. Prasad is also active on the Marathi stage playing important roles in plays such as Adhantar and Usna Navra.