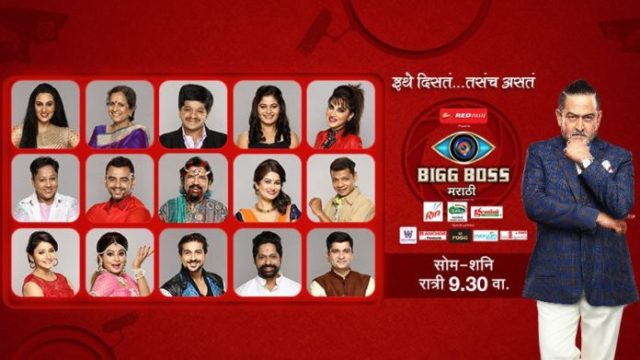 The moment the Marathi Big Boss was announced by the Colors Marathi, it has been gaining media attention by one and all. Well, the TV show is all set to start and it is hosted by none other than the M Town and Bollywood actor Mahesh Manjrekar who has the power and the aura to keep you intact with you. Ever since the show was announced it has become the most awaited one and people are more curious to know about the list of contestants. Well, let’s check the contestant in the Marathi Big Boss season one.

The contestants in the said show who have been included in the Marathi Big Boss include Resham Tipnis,

The makers are all set  present the first introductory episode, which will not only introduce the contestants to each other but also to the audience over the said TV Channel. As the show will start we already hear that Resham Tipnis has become the first contestant to get his first assignment called ‘cooking’ which is being assigned already by the host (Mahesh Manjrekar) as she happens to be very good in this. He said that though he has not made anything in his life but right now he is taking lessons about the food making thing since past 15 days from his wife.

He was nicely dressed for the show while the senior actress Usha Nadkarni is also seen in the show and her entry into the house has been revered by everyone. Mahesh in the initial show was seen gifting the box of mangoes to each and every contestant found in the house. The makers and contestants were seen having gala time as they were seen doing the traditional ‘Baalya Dance’ together! Mahesh Manjrekar appreciated teh unity of the contestants! Well now let’s see how the audience would applaud the contestants and the way their lives would be shaped in the upcoming 100 days!

Cycle Movie Trailer : It come along with Simple Storytelling