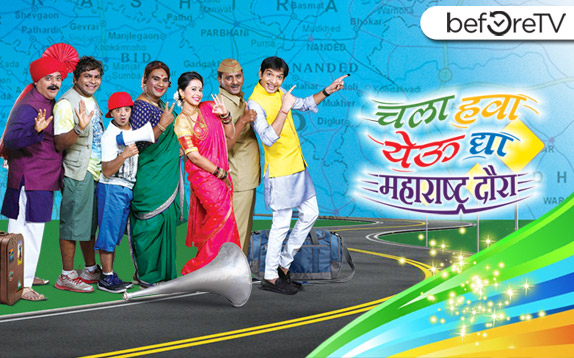 The Marathi TV show called Chala Hawa Yeu Dya is popular comedy show aired on Zee Marathi, which started on 18th August 2014. Nilesh Sable is the host of the program while the show has a couple of recurring performers like Bhalchandra Kadam as Pappa, Kushal Badrike (twin brother of Nilesh), Sagar Karande, Shreya Bugade, Vinit Bonde and Bharat Ganeshpure. Most of the episodes feature different celebrity guests from Marathi film and celebrity from theatre industry who are keen to promote their latest films and plays.

Of late the show has been making headlines in the media for having a number of B Town actors, which include John Abraham who has come along with his movie team of Rocky Handsome. Recently Shah Rukh Khan was seen on this show in a Marathi Manoos avatar and was seen playing and having good time with the recurring characters of the show. It is indeed a big thing for this show to have the King of Bollywood in one of the recent episodes. SRK was there to promote his film Fan, which is releasing on 15th April 2016.