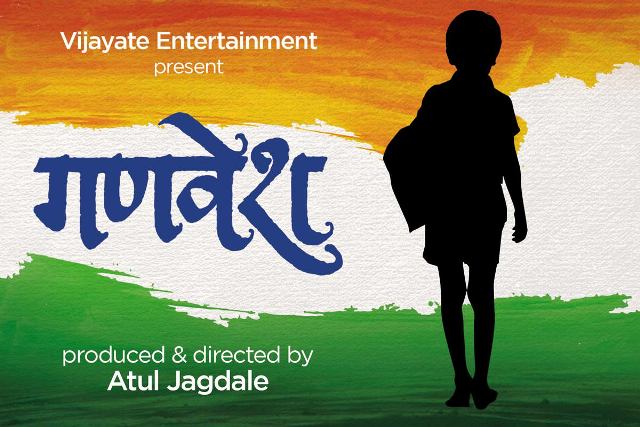 Ganvesh Marathi Movie is a social drama, which is a debut film of Atul Jagdale. It is produced by Rajendra Kulkarni and Shailendra Ghadge under the banner of Vijayate Entertainment. The star cast both the lead and supporting actors include Kishor Kadam, Mukta Barve, Smita Tambe, Dilip Prabhavalkar, Nagesh Bhosale, Guru Thakur, Suhas Palshikar, SharadPonkshe,TanmayMande and Ganesh Yadav. The Story, Screenplay and Dialogues are carried out byTejasGhadge whereas the music is carried out NiharShembekar and the lyrics are jotted down by Guru Thakur and the music is composed by Mangesh Dhakde. Recently the film has its teaser in the social media, which got a decent response.

The film is all about a small boy who goes to school with his old uniform. His parents are laborers and have very little money to give him a new uniform when he asks for the same while being selected to present a speech before local dignitaries invited in the cultural program of the school. So, his parents deal with it and the film also asks for a couple for pertinent questions. The release date of the film is still to be announced, while as per the recent buzz, the film is likely to be screened in few of the selected schools of the state for which the filmmaker has made a special team to identify some schools for the same.