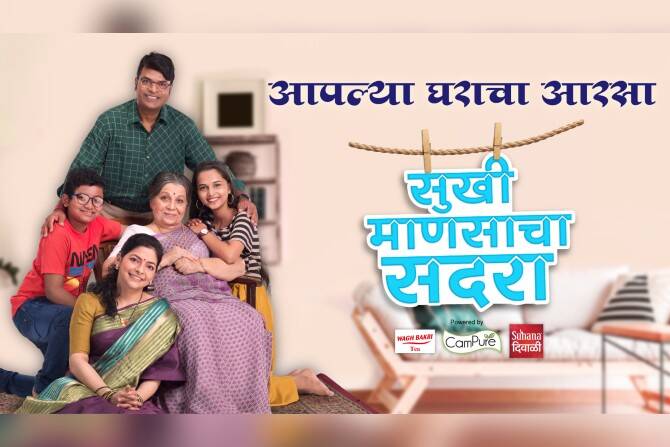 Synopsis: Here comes the most awaited TV Show called Sukhi Mansacha Sadra. The TV show is all set to release on 25th October 2020 and it has Kedar Shinde as the director of the show. The TV show has actors like Bharat Jadhav in the leading role. The show is going to hit the channel – Colors TV sharp at 25th October 2020 at the prime time. The makers have released the teaser, which seems to be enjoying a decent buzz around the media. Well, you need to check what goes in it only when the show is going to hit the small screen.

The show can be even caught on the OTT platform called Voot, which means the digital audience having the inclination towards the digital stuff can also catch the show. The makers are yet to release the details of the star cast, however, only the leading man for the show can be recognized from the promos going on the said TV channel. Talking about the show, Sukhi Mansacha Sadra is going to have a very unique concept. While the TV show is only focusing on happiness. During this tough time, the audience is going to have a good time catching up on very positive content on the channel. In other words, the show talks about the importance of self-love, strong bonding along with the closed ones and happiness in little things. Stay tuned to know more about it and others only with us.