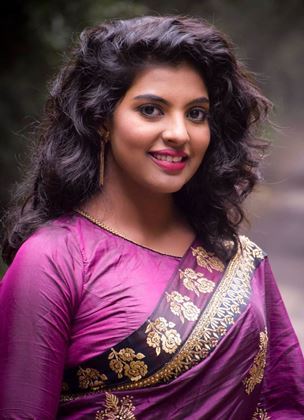 Madhuri Pawar is an actress mostly active in Marathi movie and TV shows. She hails from Mumbai where she was born and brought up at. She was born on 21st March 1993 and her age is 27 at the time of writing this bio. Besides being an actress, she is also a Dancer, TikTok star, & Social Media Influencer. She did her schooling from                Raje Shivaji vidyalay nandurbar and completed her Diploma E & T Shahda from D R High School Nandurbar. She then headed to try her luck in the field of acting.

She started participating in reality shows for dance and even bagged the title for Zee Yuva Show in 2018 and since then it was no looking back for the lady. She was crowned for the title bagging one lakhs. She then tried her luck on Tik Tok and emerged as a star on the show by trying her dance and lip syncs videos. She is comfortable in her local Marathi dance style Lavani. She has emerged as a finalist of the Zee Marathi show called Pavul.

She then bagged the national gold medal for dancing. While she also emerged as a social media influencer emerging with a huge fan following on the social media. She is getting a number of offers from a number of commercial brands for promoting their products. She is known to have more than 3.5 million followers along having 61.2 likes on Tik Tok. Gradually one can see her gaining popularity on Instagram and has gained 119 K followers on Instagram. She will be soon seen in the TV show called Tujhyat jeev rangala.