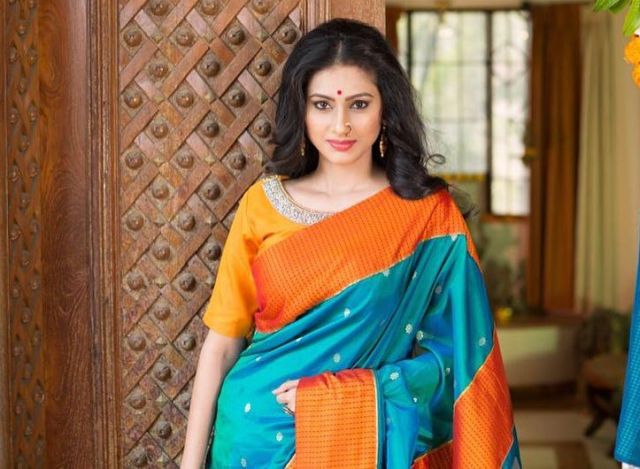 Reshma Shinde is a emerging face in Marathi small screen. She is an actress of TV world and seen more often on the channel – Zee Marathi and Star Pravah. She was born and brought up in Mumbai in a middle class family of people with non-filmy background. She was born in Mumbai the city of dreams on 27th March 1987. She did her schooling and college from Mumbai itself. Talking about her personal life, she is married to Abhijeet Chougule on 29th April in 2012 and soon will be celebrating her fourth Marriage anniversary. Her husband hails from Kolhapur and based in Pune and works in a company as civil engineer. 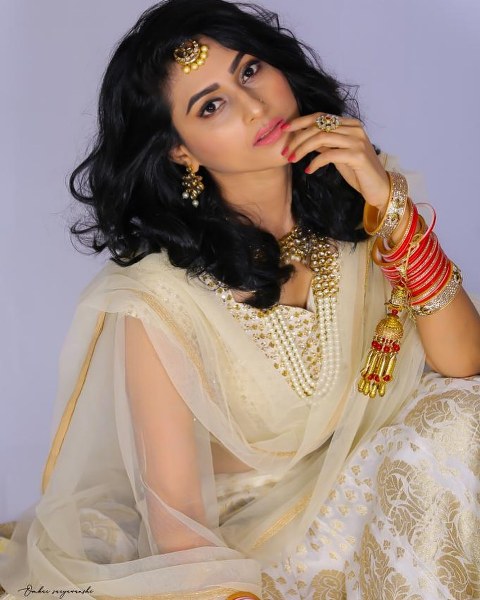 Since her school and college days she was active in cultural activities that gave her the interest of entering into the acting world. Before she got married, she has been working in small screen. Her entry into Marathi TV came with her participation in a reality show called Maharashtrache Superstar in the year 2010. Spotting from the show, she was soon offered a Bandh Reshmache aired at Star Pravah she soon got another show called Lagori Maitri Returns aired on the same channel. She also got another TV serial called Nanda Saukhyabhare aired at Zee Marathi.

Her role in the TV serial called Nanda Saukhyabhare wherein she is playing the character called Swanandi’s sister is well appreciated. Her performance is now being appreciated a lot in the said TV show and don’t be surprised when she get another good TV serial or even any movie in M Town. She has come a long way, from the talent show to a couple of serials and has to go miles in it.