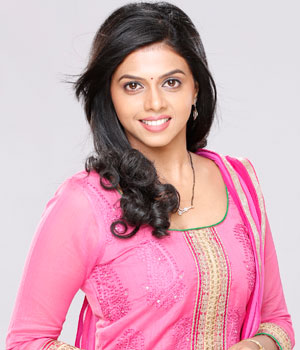 Rutuja Bagwe is a popular face in Marathi TV world. She was born and brought up in Mumbai in a family of doctors and architects. She was born on 9th September 1988. She stays with her family in Mumbai and pursuing her career in acting world for the Marathi audience. As far as her education, she did her schooling from Parle Tilak Vidayala and then went to Army School in Raigadh near Mumbai and later did her Bachelors of Science (Bsc) from Maharshi Dayanand college in Mumbai. In her school and college, she was active in sports and cultural activities.

The sports include Horseback riding, swimming and other sports. Besides, she loved to watch TV, which soon becomes the base of her career after her graduation. After completing her studies, she was already attached to theatre groups wherein she did plays under different directors before she entered the small screen of Marathi world. Some of her plays that she did include – Silent Scream and Girgaon via Dadar.Her first TV serial was Nanda Saukhya Bhare through which she made her debut in Marathi TV world. She did this show along with Suhas Paranjape and ChinmayUdgirkar.

Rutuja Bagwe next TV serial was Tu Maza Sangati wherein she played the character called Rakhma. She is still seen in the TV show Nanda Saukhya, which is aired Zee Marathi. As far as her personal life is concerned, she is currently focusing on her career as she considers being her initial days. So, she has no one in her life and like actors like Aamir Khan and RanbirKapoor, her favorite movie is the Aamir Khan starrer film Range De Basanti of 2006 made by the UTV. Of late, she has been appreciated a lot for her performance over small screen so she is all set to enter the silver screen.