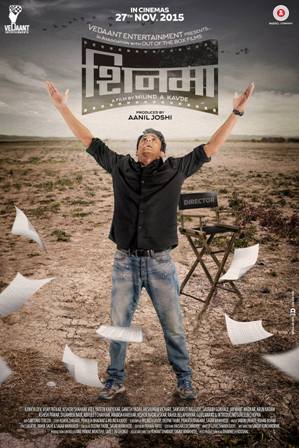 The Marathi movie Shinma is a hard work of director Milind Kavade and produced by Aanil Joshiunder the banner of Vedaant Entertainment in associated with Out Of The Box Films. The film has Ajinkya Deo, Kishori Shahane, Gurleen Chopra and Yatin Karyekar in the lead actors, while the actors like Vijay Patkar, Sanskruti Balgude, Ananda Karekar, Anshuman Vichare, Ganesh Yadav, Saurabh Gokhale and Arun Kadam in the supporting roles. It has also the actors like Abhijeet Chauhan, Digambar Naik, Ashish Pawar, Jaywant Wadkar and Nisha Parulekar in other roles. The film was slated to release last year, however, due to technical reasons; it was delayed for undecided date.

Nowadays, you can find M Town not at all short of movies and Shinma is no exception, which is seen rich in terms of content and story. Recently, the filmmakers were seen releasing its promos, which has created a good buzz in the media. The film is still to get the releasing date though it was supposed to hit last year. The film is made at the backdrop of drought of Maharashtra state, which is being picked up a filmmaker in the film in order to showcase the issue to the authorities, who have been mum on this issue since long. The film is a social drama, which will certainly going to make a good buzz in terms of content and other elements. Let’s see when it really hits the theatres. Stay tuned to get the updates about the same at JM.