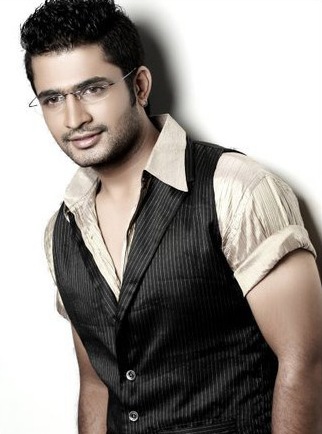 Chinmay Udgirkar is a known face in M Town who was born in Shriampur on 8th October 1985. Since his school and college days he wanted to act and be the part of the acting world. He did his schooling from CDO Meri High School based in Nasik, Maharashtra, while he competed his 10+2 in science from RYK College of Science in Nasik. However, his love for acting compelled him to drop out from the college after 12th and thus he was seen in pursuing acting from the Genius Theatre in order to act in experimental plays. With this acting course, he got some ads for one of the Colleges of Nasik along with a chance to be in a music video.

He then headed to Mumbai the city of dreams to participate in a reality show called Maharashtracha Superstar, which was aired over Zee Marathi in 2009. He was in top 12 with the help of public voting. However, he had to struggle a lot in Mumbai to finally get a lead role in a daily TV show called Swapnanchya Palikadle by Shreyas Patkar which was aired atthe Star Pravah Channel in 2010. He was there in the TV series for around 1000 episodes. His next role in Mata Sanmaan wherein he played Vaidehi in the serial that made him popular giving him a Rising Star Awards for his incredible performance.

He soon was offered the show called Maharashtracha Dancing Superstar- Chhotte Masters (reality show) to host the show. Meanwhile he also bagged a role in a Marathi movie called Shyamche Vadil in 2012 wherein he played the real role called Shyam. He was even nominated for Mata Sanmaan awards for his performance and thus won even the Saunskruti Kaladarpan Awards for the Best Debut Actor for the film. His next film was Vajilach Pahije wherein the audience saw his carved body. Since fast few months, he was seen in the lead role of Neil Jahgirdar in the daily soap called Nanda Saukhya Bhare aired at Zee Marathi.