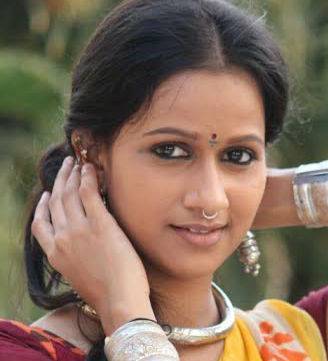 Ashwini Kasar is among the emerging faces of Marathi TV serials. She was born and brought up in Mumbai in a non-filmy family. She was born on 20th July 1989 and did her schooling from Mumbai itself. After her school and junior college she went to Ruia College doing her graduation in Science followed by her law degree from GLC College. During her college days, she was very much active in cultural activities, which made her joint theatre groups giving her opportunities to do a couple of plays. After completing her law studies, she preferred continuing her theater, which soon gave her recognition in 2015 to get a role in small screen world.

Ashwini Kasar soon bagged her role in Marathi TV series called Kamla in a lead role. The play is written by Vijay Tendulkar wherein she played the lead character called Kamla who happens to be a sex worker. In this TV serial, she was procured from her village by a reporter to make her work like a sex worker. The Marathi serial is aired on Colors Marathi. Her performance was applauded a lot and even gave her award under the debut category. As far as her personal life is concerned she stays with her parents in Mumbai and still single with no one in her life. Right now, she wants to focus on her career considering the fact that she happens to be a novice in small screen world.