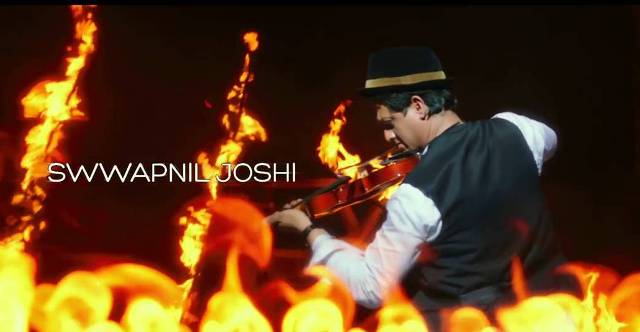 Swapnil Joshi and Sai Tamhankar starrer Pyar Wali Love Story released this Friday. The only  competition it got is from the sSharukh Khna starrer Farhaa Khan movie Happy  New Year .In what can be called a season of love stories in Marathi films, there are successive releases of love stories in the this month. After Guru Pournima and Por Bazaar, this is Sai Tamhankar’s third release this month. For Swapnil Joshi this was  a release after a break. The interesting pair of Swapnil and Sai have impressed audience before in films like Duniyadaari. The film was directed by Sanjay Jadhav who with Pyar Wali Love Story has repeated the same pair. The duo is a couple with a star power in the Marathi industry and it proved right for the film succeeded in pulling audiences to the theaters. Young audience turned in large numbers in big cities. In smaller cities like Nagpur and Amravati, its occupancy was moderate and that in big cities was above 30%.

The film has got good reviews and the response of the audience is evidently on the rise. The prediction is that Pyar Wali Love Story might turn out to be a high grossing film of the recent times in the Marathi industry.