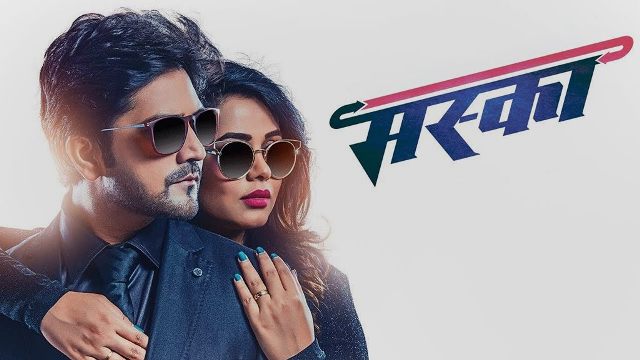 Maska is a situational comedy, which has been made at the backdrop of both the urban and rural having a con man in the middle that creates not just the humor but also the tension in the film thus making a typical masala movie for the M Town audience.
Review
As you start catching up the movie, you are bound to get engrossed with every single beat and sequence in it, which has the freshness and uniqueness making the key strengths of the film. The filmmaker is able to do the detailing in a right way giving every character of the film the real justice making things right for the audience. The film has managed to get the elements of humor and drama in a right proportion that is the other strengths of the film to catch in it making a perfect blend to catch in M Town. However, the film soon emerges out as a perfect comedy film without making the audience to cry or get emotional with some drama elements in it. The makers have tried to infuse the emotional with an objective to give the audience a perfect enjoyment.
Now talking about the performances in the movie, there are two different levels/styles of the same. At one end it comes out to be subtle and on the other side, it has been a bit underplayed one. Both the actors Shashank Shende & Pranav Raorane in the lead roles belong to the former levels, while the others like Prarthana & Aniket Vishwasrao remain in the latter section. Meanwhile, the performance of Chinmay Mandlekar seemed a bit animated in some of the scenes but at the same time he has one terrific one as well along with Aniket Vishwasrao! Talking about the other aspects like direction, music and other elements, every single element seemed par to the requirement making it highly entertaining film to catch. And the best thing about the film is the cinematography that seemed to have added more values in it.
Maska -The Last Word
‘Maska’ cannot be a missing film if you are looking for a  pure and mad entertainment. It can prove out to be the escape from all your stress and worries and enjoy something really interesting and humorous. Trust me, it will not going to defy your intelligence even once!

Audience gets a taste of Pipsi