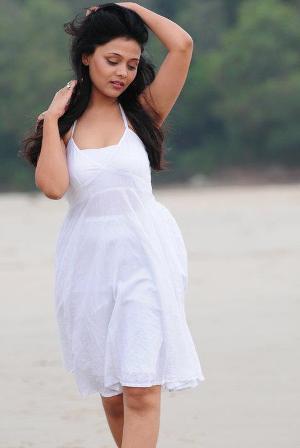 Prarthana Behere’s acting career took off from the popular TV serial Pavitra Rishta in which she played the role of Archana’s ( Ankiat Lonkahnde), the lead character’s younger sister. Prarthna portrayed the character of vaishali Damodar Jaipurwala and became a familiar face in the Indian television industry. Not long before this she was also a part of the NDTV Imagine’ s unique show in which veteran choreographer Saroj Khan choreographed dance moves from famous dance songs. Prarthana was one of the dancers in the show.

Wiki : Prarthana Behere played a small role in the Star One college show Remix which was a huge hit amongst youngsters few years back. This led to her bagging a role in the Hindi film Love you Mr. Kalakaar in the year 2011. In the film she was cast alongside Amrita Rao and Tusshar Kapoor , although in a small role. It was  a Rajshri distributed film and was a love story between Tusshar and Amrita wherein Tusshar plays the role of a cartoon artist. Later she also became a part of the 2011 blockbuster Bodyguard which was a Salman Khan and Kareena Kapoor starrer and was a huge hit. She played a small role but the actress was noticed of her skilled acting. Meanwhile in Marathi, she appeared both in films and in serials. She plays an important role in the serial Mai Lekh.

In the year 2013 cam her , Marathi film titled Vakratunda Mahakaya. She played a significant role and was appreciated for her bubbly acting. The actress then made her appearance in the movie Coffee Ani Barach Kahi in the year 2013. In the film she was cast alongside Vaibhav Tawawdi and Bhushan Pradhan,. Dilip Prabhavalkr , one of the veterans of Marathi films also played an important role in the film. The film released to a moderate response making no big impact but the actors were appreciated for their good work. Prarthana who played one of the lead roles was noted to be expressive and spontaneous. This was followed by a romantic comedy titled Jay Maharashtra Dhaba Bhatinda which was again a potential role for the actress. Directed by music composer and singer Avadhoot Gupte, she was cast opposite Abhijith Khandkekar and the film was a moderate success. The film portrayed a mix culture of the Sikh and the Marathi and presented a fusion that was humorous and enjoyable.

Rajesh Shringarpure Says "Yes I can" For His Next Marathi Movie