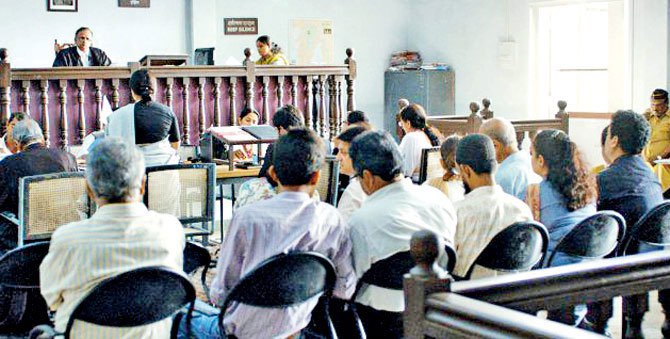 Multiple international award winning film Court released yesterday. It attracted a host of audience thanks to it’s fame of being the best national film of the year 2014. Apart from that it also holds the record for being the Bollywood that won most number of international awards.

Court was viewed by lakhs of audiences across the country. Bollywood films that released alongside were Imran Hashmi starrer Mr. X, Kalki Koechlin starrer Margereeta With A Straw. In the state of Maharashtra, audience from all age groups showed up for Court as it was the film that brought laurels for Marathi cinema across the globe.

On the first day of it’s release, Court fetched a total collection amount of 1.30 Crores Later on Saturday and Sunday it ended with an even better amount of 2 Crores Crores . The film received rave reviews from all quarters. Critics and masses acclaimed this film that portrays the lives of characters in the judicial system.

First time director Chaitanya Tamhane has struck gold with this realistic film. The film is replete with faces that are new yet talented. With no big Bollywood release coming up this next, Court is expected to pull a great number of audience in the coming future.