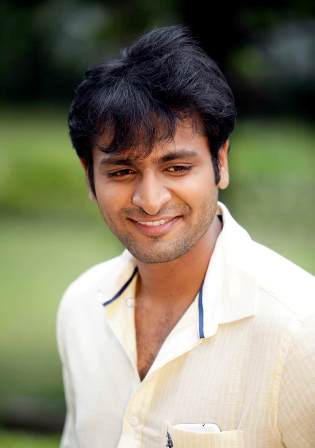 Vaibhav Tatwawadi made his debut in Marathi cinema with Prakash Kunte’s production, Coffee Ani Barach Kahi that released in April 2015. The film was well received by the Marathi audience and was a lukewarm hit. He essayed the role of an IT professional, who dwindles in his choices about love and life. But in real life, Viabhav is a man of determination and will power. With a boyish charm and good looks, this tall youngster, hailing from the city of oranges, Nagpur, has no background in movies but was determined to carve a niche for himself in the acting world with his talent. He accomplished his goal of getting a conspicuous break through in films this year and is looking forward to many other Marathi and Bollywood projects that are lined up for him in the near future.

Hailing from a simple family background, Vaibhav completed his schooling from Somalwar High School in Nagpur. His father is a principal of an engineering college and his mother is a musician and a housewife. He chose to take up an engineering degree from Pune University. During his college days he was actively involved in theatre and performing arts. He joined the illustrious theatre groups of this cultural capital of Maharashtra where he honed his skills. According to Vaibhav, Pune theatre industry gave him great opportunity to learn the nuances of acting from the veterans of theatre. Here he gained the confidence to express the actor in him that helped him in his tougher ventures.

While Vaibhav’s performance in the romantic drama, Coffee Ani Barach Kahi is being appreciated, only few know that he will be introduced in Bollywood by none other than Sanjay Leela Bansali in his film Bajirao Mastani. In the film he works with the big names in the industry like Priyanka Chopra,Ranveer Singh and few others. He plays an important character in the film that will be wrapped up soon. He was picked up for the role after being noticed in a play in Pune.

Vaibhav will also be seen in another Bollywood movie this year titled Lipstick Wale Sapne. It is produced by none other than Prakash Jha and is directed by Alankrita Shrivastva. In this movie, he shares the screen space with critically acclaimed actors like Konkana Sen and Ratna Pathak Shah. According to Vaibhav, the film gave him a platform to learn from such accomplish actors. As a youngster, he feels lucky that got the opportunity to work with such big artists.

For a young boy who always dreamed of becoming an actor, Viabhav’s lap is full of movie projects. In Marathi, he will be soon seen in two big projects namely Cheater and Short Cut.