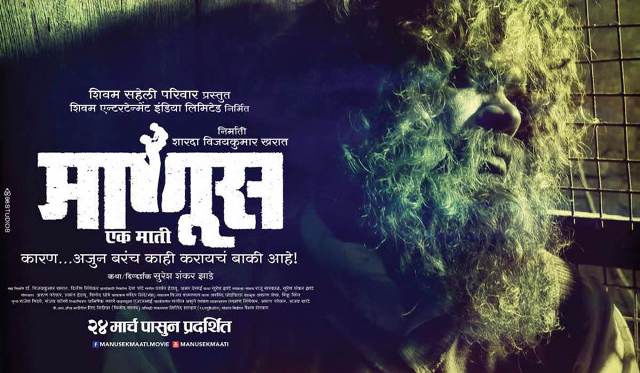 Baban Deshmukh (played by Ganesh Yadav), adopts his best friend’s son Vijay, post the death of the said best friend in scene one. Though a poor farmer, (who owned a BSNL landline 45 years ago), Baban wants to fulfil the dreams of his best friend who wanted Vijay to grow up to become an engineer (cliché much?). Baban’s obedient wife Lakshmi sacrifices her right to motherhood so that the couple does not end up being partial to their children over Vijay. On his end, Vijay (Siddharth Jadhav) is the sanskari son. He is unaware of his adoption, but loves his parents, until he finds himself a wife Vidya (Ruchita Jadhav). Modern Vidya can’t adjust to gaon-ka lifestyle and demands moving back to her rich, businessman father’s place.

As you check this film, you find the tear-jerker is hell-bent on wringing out every single drop of tear from your eyes. But if you are an emotionless, dead-pan-faced film lover, then you might as well walk in with a heavy dose of suspension of disbelief. Yes the script simply belongs to ‘Manus Ek Mati’ and not to a Bollywood film of the 70s. Yes, there’s flashback, rich-poor disparity, a high-maintenance bahu and someone sells their kidney to raise money. One can’t fault the actors for a bad script. Siddharth and Ganesh are earnest and realistic in their characters. It’s the over-the-top music, the cry-right-now cue scenes and the abrupt songs that pop when you don’t expect them to, that ruin the whole film. We’d suggest you skip this one.

In nutshell, the film Manus, Ek Mati is nothing but a waste of time, with weird ideas taking places I the name of entertainment. So, if you are still taking the risk to catch the film make sure you consider a warning. If you are overly sensitive and you cry during films, then you might want to take box of tissues with you. That brings the rating of the film to be 1.5 which is yet to be called as a generous one.