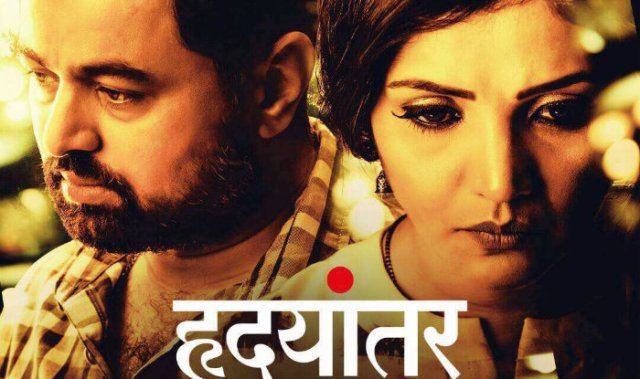 Synopsis: Hrudayantar happens to be an upcoming Marathi movie which is directed and written by Vikram Phadnis. The film is produced under the banner Young Berry Entertainment, Imtiaz Khatri and Vikram Phadnis Productions in association with TOABH Entertainment. The film has an interesting star cast, which has Hrithik Roshan In a cameo, Mukta Barve, Subodh Bhave, Sonali Khare Anand, Trushnika Shinde, Nishtha Vaidya, Meena Naik, Mehera Acharia and Amit Khedekar in the lead and supporting roles. In fact, the film is all set to hit the theaters soon.

Talking about the plot, the film happens to be an emotional drama, which explores the marital issues of the couple Shekhar Joshi played by Subodh Bhave and Samaira Joshi played Mukta Barve and they have married for over 12 years. They have two gorgeous daughters called Nitya played Trushnika Shinde and Nysha played by Nishtha Vaidya who have been the glue to their week marriage all these years. Shekhar is a hotelier  and hard working but hardly any time to spare for his family, he simply believes that he can either give his family a luxurious life or spend quality time with them. On the other side, Samaira also happens to be a working woman but at the same time is a task master, who manages her responsibilities towards her house, daughters and work with utmost skill. Her daughters are life. So, the film is all about celebrating life. Stay tuned for more on this TV show and and others only at this time and yes don’t forget to share about your views and ideas on it.

Shentimental Movie Review : The film is a roller coaster ride of Emotions, Reality and Humor