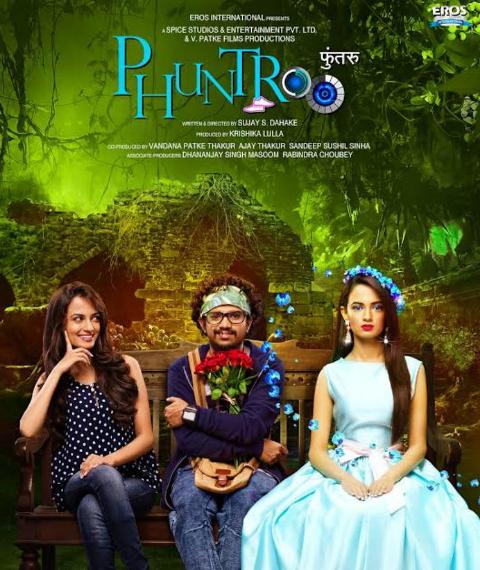 As the time of the Marathi film – Phuntroo is coming closer, the filmmaker seems to be doing something or the other. The film – Phuntroo has its first look poster in the media, which seems to be creating a decent buzz in the media. The film is produced by Krishika Lulla, whic is directed by Shala & Ajoba fame director Sujay Dahake. This film is among the first science fiction movie in Marathi Cinema, which has Ajay Thakur as well in the role of co-producer.

Apart from being a science fiction genre, the film also presents a love story of engineering students who further get into fantasy taking the help of science at the backdrop. The film has the star Ketaki Mategaonkar who is also a famous singer of M Town movies. Besides, it has host of another actors like Shivani Rangole, Madam Deodhar, Ruturaj Shinde, Rohit Nikam and Anshuman Joshi. The music for the film is composed by Rushikesh Datar, Saurav Bhalerao and Jasraj Joshi.