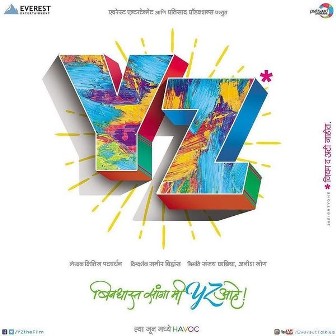 YZ Happens to be the upcoming Marathi movie, which has SaiTamhankar, SagarDeshmukh, AkshayTanksale andParnaPethe in the lead roles. The film is written by KshitijPatwardhan, which is directed by Sameer Vidwans, while the trio has worked before the release of the film Time Please and other movies as well like Double Seat. The entire star cast of the film seems to be very much interesting, which will be seen together over the silver screen.

The film seems to have a very interesting star cast along with having a wacky kind of subject, which seems to go viral over the social media. The film deals with the everyday struggle of the people but at the very same time, you can find the movie with a great humor in it. Recently the makes of the film has embarked with posters, which have gone viral considering the whacky nature in it.