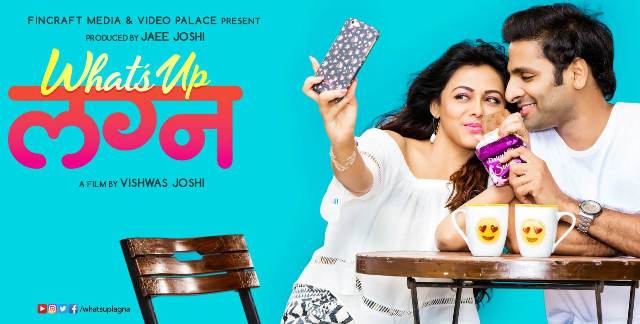 The film has the lead actors like Vaibhav Tatwawadi and Prarthana Behere, which have the actors in supporting roles like Vikram Gokhale, Ila Bhate, Vandana Gupte, Vidyadhar Joshi, and Sneha Raikar. The movie also has Sunil Barve in a special role and Swapnil Joshi, Anand Ingle, Jaywant Wadkar, and Savita Malpekar in different roles, while and young Chirag Patil in special guest appearances. The film is directed by Vishwas Joshi, while it is produced by Jaiee Joshi under the banner of Fincraft Media and Video Palace. Now, talking about the plot of the movie ‘Whatsup Lagna’, it happens to be a musical love. The film is a love story of a young IT professional called Aakash who is in relationship with a corporate executive called Ananya who leads an imperfect messy but is known for her classy life.  They both sail through different perspectives of families of both sides and get married in small but classy function.

Soon after their marriage, their careers change for the good and they start enjoying their work life. The journey of their professional and personal lives takes dramatic turns and the movie captures their journey in a realistic way, relatable to most urban couples of any age. Their meeting is just accidental but at the same time interesting that leads the two have a date with their friendship developing a serious kind of relationship via novel kind of situations often seen in places like Mumbai or Pune.  Soon they get settle down to start their married life, which soon brings in the real time challenges that makes it worthy to catch. Stay tuned for knowing more about this and other film and yes don’t forget to comment on the same and do let us know your views on it. The film releases on 9th February 2018.