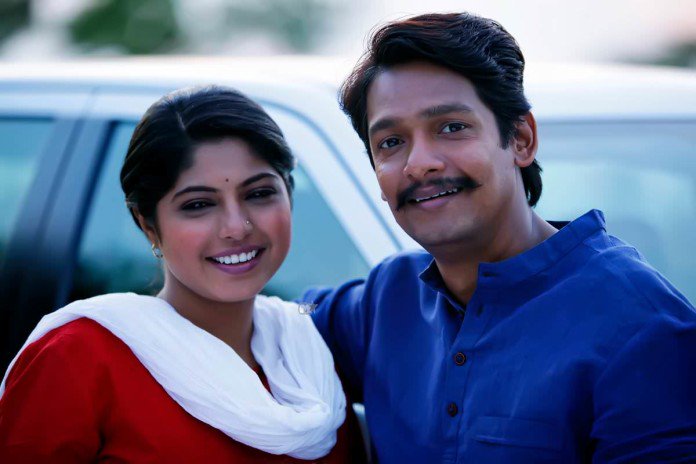 Since so many years, there are a number of societal issues that have been the part of the plot that have been showcased in the medium of cinema. There are a number of movies, which have been sharply presented in the media with such issues before the M Town audiences. This film can be called as one of such upcoming comedy movie known as ‘Dhingana,’. The film is based upon unrolling the infamous chit fund scam, which is made under the banner of Mamta Production in association with Sameer Sadanand. The film is directed by Chandrakant Dudhgaonkar, which is slated to hit the theatres on December 8.
Many a times, we get the chance ot see people who are keen on making a quick buck by simply falling prey to such schemes of money laundering scams. The film ‘Dhingana’ is seen revealing the story of a youth known as Rajaram and who is seen fighting to lift one such village that seems to be the victim of this infamous chit fund scam. The key player in it called Rajaram is set to in the mission to expose this scam, how will be make it will be interesting to catch ‘Dhingana’. In fact, many are claiming it to be a treat to watch this movie as Bollywood’s infamous badass actors like Raza Murad, Avtar Gill, Kunika and Shahbaz Khan will be playing the lead roles in it. Also, we can find actors like Priyadarshan Jadhav, Anshuman Vichare, Prajakta Hanamghar, Prakash Dhotre and Swapnil Rajshekhar will also be seen in it.
The songs of the film have been jotted by Jay Atre, Vaibhav Joshi and Sachin Pathak while Anand Shinde, Ryadni Tyagraj and Aadarsh Shinde have given their voice for playback singing. The music is composed by the man called Amit Raj and Shashank Powar whereas Hemant Edlabadkar is the writer of the script and Giridharan has carried out the cinematography. Faizal Mahadik is the editor, while Sujit Kumar has choreographed the songs along with Sandip Inamke who is the Art Director of the movie. The film was mainly shot in Mumbai and in Pune along with some places in Kolhapur. It is hitting the screens on 8th of December.