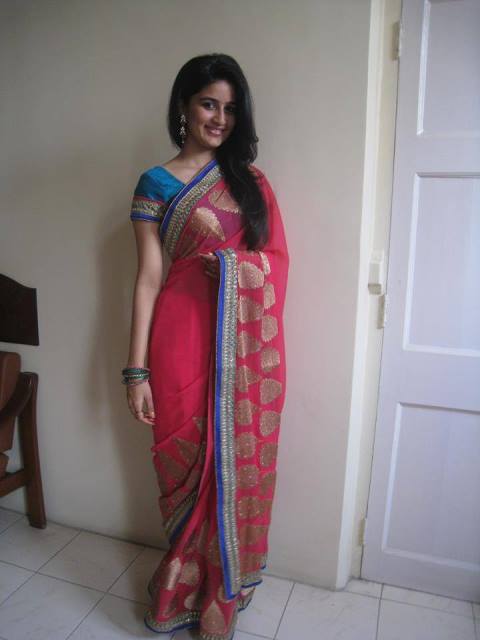 Six years down the line, Vaidehi Parshurami opened her innings in M Town as a teenager working against the actor Adinath Kothare in the movie called Ved Lavi Jeeva. However, it was the improper distribution of the film, that made the film that messed up for her. Her next venture was the film – Kokanastha by Mahesh Manjrekar, which she got after 3 years. The story was the same as the film did an average business. Now, the actress is a mature girl in M Town and her upcoming film Vrundavan, which she is doing in opposite to Rakesh Bapat and Pooja Swant is gearing up for its release.

She left no stone unturned to make this film a hit showcasing her best of the talent. It seems she had worked a lot at home before coming for the Media Meet for her upcoming film Vrundavan. She was there at the presence conference with her raging confidence along with her movie crew facing the questions of the journalist with ease and great comfort. Her confidence was seen speaking even from her designer dress, which she was wearing for the press conference to her words and tone she had in the media meet for her upcoming film promotion.

She is an educated actress in M Town with her masters in humanity along with having a formal training in Kathak dance. Besides, she has continued her law study apart from doing films. Her upcoming film’s trailer has got a decent number of views on the social media sites along with getting positive words for the same. The Marathi film Vrundavan is releasing next week on 8th April 2016.