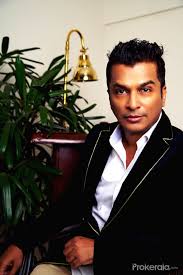 He worked with top B Town actresses designing dresses for them for different movies. While being on the peak of his career in fashion designing, he took a plunge in filmmaking in M Town in 2017. He started his journey as a filmmaker with a Marathi movie titled Hrudayantar in 2017 taking  up a new challenge. He got good reviews for the same, while he was applauded by the M Town audience as well. He then got the chance to direct the next Marathi movie – Smile Please.

The film was released in July 2019 and it was also applauded for his direction. He is also the part of a few TV shows as well working as an actor. Talking about his personal life, he is single and not ready to mingle with anyone. He is currently focussing on his film career apart from carrying out his designing work. Stay tuned to know more about him and others only with us.