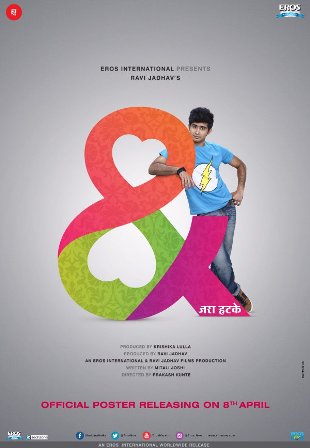 The upcoming Marathi movie of Prakash Kunte – & Jara Hatke is literally a different film, which is produced by Krishika Lulla and Ravi Jadhav under the banner of Eros International in association with Ravi Jadhav Films. The music comes from Aditya Bedekar, while its lyrics have been penned by Mangesh Kangne and Sandip Khare. Most importantly, the film has the star cast including Mrinal Kulkarni, Siddharth Menon, Shivani Rangole and Indraneil Sengupta. And the story comes from Mitali Joshi. Recently the film’s teaser has been released in the media, which has got a decent response from M Town audiences.

The film is a love story, which revolves around the love evident among the mature actors in two different families. The family members with missing father and mother promote their single parent to come together against the taboo of not getting married when they have no one as their support in the form of their life partners. Thus Mrinal Kulkarni and ShivaniRangole who is single parent are being brought together by their respective kids. That makes the film different and interesting to explore. The film is relasing on 8th April 2016.