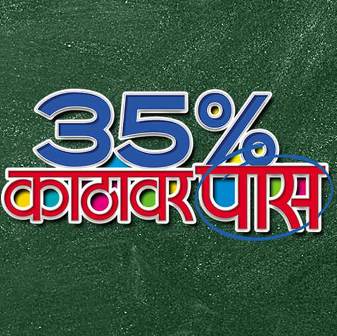 35% Kathavar Pass is the upcoming Marathi film of Satish Motling who is the director and producer of the same. The film is produced under the banner of Sejal Shinde Films in association with 52 Friday Cinemas. The star cast of the film includes Prathamesh Parab in the led role, while the story is being carried out Prashant Loke who is also the man behind the screenplay. The drama genre film is releasing soon as the release date is still to be announced.

As we know the 35 % Kathavar Pass is the bare minimum marks you need in order to pass in school exams. This simply means anyone passing with this percentage is passing on the border of passing marks.  The film is expected to witness some quirky humorous dialogues. Also, one can expect some sizzling sequences over the screen as usual. The story and screenplay of the movie, which has been given by Prashant Loke. And stay tuned at JM to get more about the film. The release date of the film is still to be announced, though it is in the final stage of release. Hope to get the same soon, while you keep on checking with us to get the latest updates.

Previous Catch the teaser of Cheater
Next And Jara Hatke (2016)