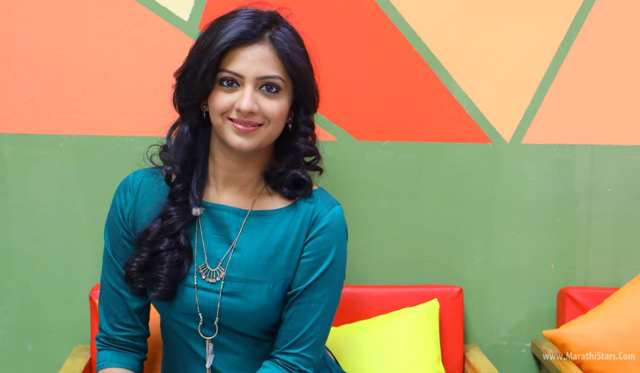 Tejashree Pradhan is the quintessential Bahu of the Marathi television. She plays the role of the loving, caring and dedicated wife, Jahnvi in the serial Honar sun me Hya Gharchi. The show is being aired on Zee Marathi. The beautiful Tejashree makes a lovely pair Shrirang, played by Shashank Ketkar , who is also her real life husband. 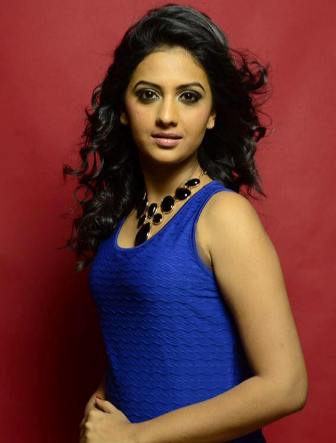 Born on 2 June 1988, Tejashree is a talented actress and is dedicated to her acting profession which she began at an early age. Starting her career in glamour industry with few modeling assignments, she bagged a role for herself in Avdhoot Gupte directed film Zenda in the year 2009. She worked with new comers like herself in the movie. This was only a stepping stone in career as she went on to bag many good projects thereafter. In 2011, she was seen in a key role in the family drama , Sharyat, in she shared screen space with Sachin Pilgaokar and his likes. Later Uday and Lagna Pahave Karun came in the years 2012 and 2013 respectively which gave her more opportunities to strengthen her foothold in the industry.

Tejashree Pradhan is gifted with a charming face is and a down to earth nature. Honar Sun Me Hya Gharchya was has made a very popular face on Marathi Television. Her reel life love story with actor Shashank Ketkar on the show Honar Sun Me Hya Gharchi transpired into a real one after the two young actors fell in love with each other on the sets of the show. As the love story in the show progressed so did the real one and by the time the characters got married in show, the marriage of the two was already fixed. Tejashree and Shashak Ketkar tied the nuptial knot on 8 February 2014 in a private ceremony. The two make a wonderful pair.

In an interview post marriage, Tejashree said that she feels lucky that since they both work together she gets to spend almost the entire day with her husband. While other actors complain of not getting enough time for their partners, this couple feels lucky to be working together as spouses itself on the show. But she also believes that it is also important to be thoroughly professional about work and to maintain work life balance is essential.

Late in 2014, Tejashree Pradhan played the role of young Mandakini Amte in the acclaimed film , Dr. Prakash Baba Amte. Although her role was short, she impressed one and all with her acting skills. She was also seen in key roles in the serials like Lek Ladki Ya Gharchi on ETV Marathi[2] and Un paus on Zee Marathi.

Tejashree Pradhan will be seen in her upcoming movie Babloo Bachelor, Directed by Agnidev Chatterjee while it has an interesting star cast with actors like Sharman Joshi and Pooja Chopra, Film will be release on 22 October 2021