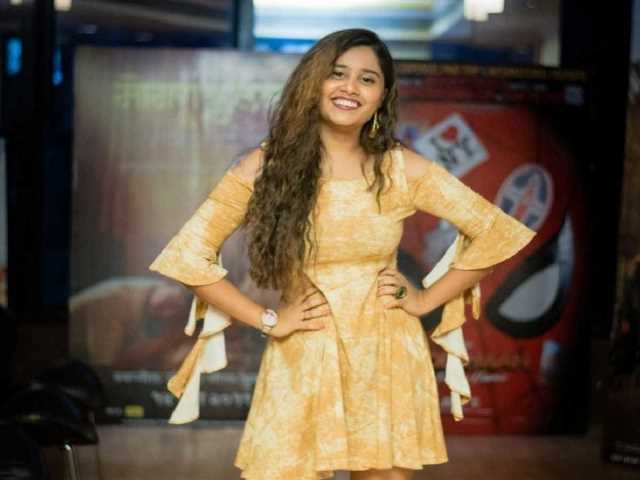 Swanandi Berde is an actress active in Marathi TV shows and films. She was born on 27th July 2001 in Mumbai and is the Daughter of a popular actor Laxmikant Berde. She comes from a reputed family of Marathi TV and film industry, however, she lost her father when she was four years old. While her brother Abhinay Berde is also an actor. She did her schooling from Sinhagad Springdale Residential Public School in Pune, while completing her college from St. Andrews College of Arts, Science and Commerce in Mumbai.

She made her debut with the Marathi movie called Ti Saddhya Kay Karte doing her debut in M Town. She then got her second Marathi movie – Respect which deals with women’s empowerment and addresses several bold issues. She then got the film Mann Yedyagat Zaala where she played opposite young actor Sumedh Madgulkar. Talking about her personal life, she is single and not dating anyone.

She is focusing on her career at the moment rather than getting distracted by any other thing in her life. She is a pet lover and loves cats and dogs. She has a tattoo called Lakshya on her left shoulder, while her hobbies include drawing, swimming and painting to name a few. Stay tuned to know more about her and others only with us and if you have anything to share about her, let us know more about her by commenting below.