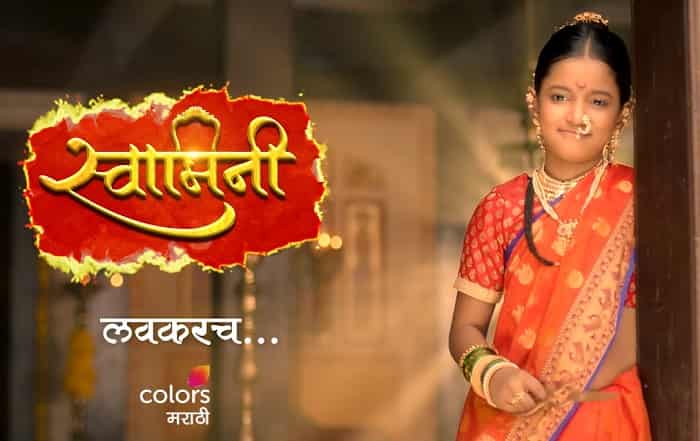 Star cast – Srushti Pagare
Genre – Mythological Drama
TV Channel – Colors Marathi
No of Days – Daily Monday to Friday
Time – Prime Time
Release Date – Coming Soon
Synopsis – The popular Marathi TV channel Colors Marathi is back in news and this time for the TV show Swamini. It has Srushti Pagare playing the lead role fo a child. It will be aired from Monday to Friday and it is all set to hit the screens on the prime time at the said channel. This is the first time when we have a period drama in Marathi all set to be seen in the small screen for the Marathi audience. It is a mythological drama that seems to be liked by one and one. The release date is yet to be announced, however, it is expected to hit the small screen by next month.

Talking about the plot, the TV serials is made at the backdrop of Kitchen politics that existed during the time of Peshwa rule. The story is inspired by a couple of true events found in the history during the Peshwa rule. You can find the same in Colors Marathi soon as the makers have released the promos that seems going air on the said TV channel. Stay tuned to know more about it and others only with us. And if you have anything to share about the TV show, you can comment below and let us know.