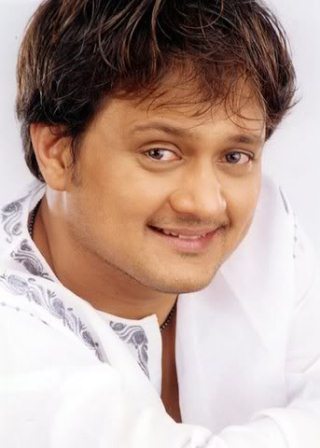 Sunil Barve is a popular Marathi film and TV actor based in Mumbai. He was born 3rd October 1966 in Mumbai. After his schooling, he joined Patkar College in Mumbai to finish his graduation in Chemistry. After completing his college, he went to work for a pharmaceutical company based in Mumbai, however, after a month of so, he quit the job to pursue his hobby of acting. In fact, during his college days, he also learnt music and dance and even the part of one theatre group close to his place. His work in theatres helped him to find some work in small screen primarily in Marathi world. He also got the chance to work with the Gujarati entertainment industry. He also worked as a RJ at one of the popular FM Channel for a while.

He then got the chance to act in a number of Marathi movies, which all started with the film called Atmavishwas in 1989. His next film was Lapandav, which followed a number of other Marathi movies. Some of his Marathi movies include Tu Tithe Mee, Jamla Ho Jamla, Divasen Divas, Gojiri, Awaaz, etc. Some of his recent Marathi movies include Saha Gun, Shrimanta Damodar panta, Prem Mhanje Prem Mhanje Prem Asta, etc. Also, he got the chance to work in Bollywood (Hindi) films, which include Mere Baap Pehle Aap, Pratibimb, etc. He also worked in a number of TV series, some of his Marathi TV serials include – Kalat Nakalat,    Adhantari, Avantika, Bolachi Kadhi, Shriyut Gangadhar Tipre, Asambhav, etc. Some of his recent Marathi TV series include, Tumchyasathi Kai Pan, Nashib Navache, etc.

He also worked in a number of Marathi movies Kora Kagaz, Dehleez, Awaz, Abhi To Main Jawan Hoon, etc. Besides, he has also worked in Guajarati TV serials, which include Chail Chabila, Jutthan Jariwala, etc. After completing his 25 years in Marathi cinema industry, he embarked with his own initiative known as Herbarium under his own production company named Subak. This helped in bringing out the lost glory of the Marathi musical plays in the market. One day, he intends to direct the movie, which he is planning currently.