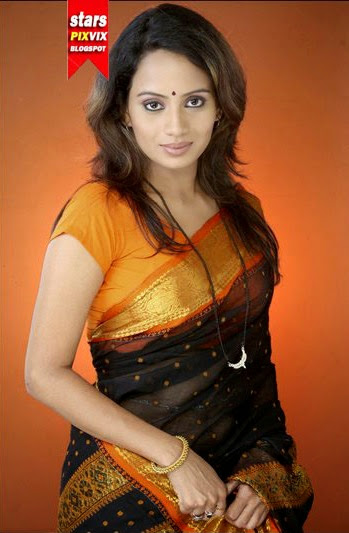 Having played a host of different characters, from that of a girlfriend to a tragic mother, Smita Tambe has established herself in Marathi cinema as one of the bright talents. After doing commercial cinema and TV serials for few years, her recognition as an actress came with the films like 72 Miles : EK Pravaas ,Devool and Jogwa . Both the films have earned her lots of appreciation and popularity.

Hailing from Satara district in Maharashtra, Smita turned to acting right after the completion of her studies. Beginning with Marathi theatre and serials, she made her way into Marathi film industry with her sheer talent and hard work. She has played glamorous roles in many films in the beginning. Later films with better stories like 72 Miles : EK Pravaas ,Jogwa and Devool were offered to her. Though in Jogwa and Devool ,she has played small roles, her performance was much appreciated by the critics. Jogwa both won many awards at the National Awards.

In 2013, she bagged a full-fledged role in the film 72 miles Ek Praavas. It was a film produced by Akshay Kumar and was based on a novel. Based on the journey of a young boy who flees from his lodging school to meet his mother whom he misses a lot, the film encompasses all the emotions of a rural family in the pre independence era. Smita played the role of Radhakka , who is a mother of four children struggling to make her ends meet. The boy, played by Chinmey Sant,a recognized child actor, forms a beautiful relationship with her and her children. Going completely deglamorous for the role first time in her career, she excelled in this role and was highly appreciated for it. Very deservingly she won the best actress award for the film. Reportedly the actress did not wash her hair for about a month to get the perfect look and also tanned herself naturally by sitting under the sun for hours. Smita received the best actress award at 51st Maharashtra state awards.

Smita has once again bagged a potential role in the film Candle March directed by Sachin Dev. The film based on the crimes committed on women is ready for release on 28th November. Playing one of the leads in the film, she is looking forward to its reception by the audience.