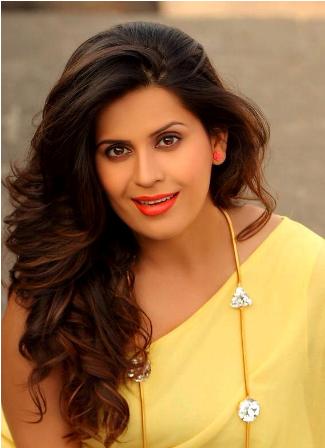 Sonali Khare is one of the most known faces on Hindi and Marathi television. The actress who started acting at a young age has carved  a niche for herself in the marathi industry with her headwork and perseverance over the years. Sonalii has been appreciated for her performances in the films like Check Mate and Savarkhed Ek Gao. She is liked for her role in the Hindi serial Pyar Ke Do Naam Ek Radha Ek Shyam. The serial was highly viewed and was a romantic drama. Sonali palyed the role of the leadibng lady’s sister.

In the film Checkmate(2008), Sonali played one of the leading roles. She acted alongside Swapnil Joshi, Smita Talwalkar and Ankush Chaudhary and other accomplished actors. The film received mixed reviews from the audiences. Sonali was appreciated for her performance.

Previously she had acted in a critically successful film  Savarkhed Ek Gao in the year 2004. The film had veterans of Marathi films in it namely, Vikaram Gokhale, Makarand Anaspure and others including Ankush Chaudhary. It was based on the story of  a village that witnessed mysterious incidences every day . Sonali played her part well and got good reviews.

Her small stint in hindi movies conists maninly of the Sanjay Gandhvi dierected film Tere Liye which released in the year 2001. Sonali played one of the friends in the film. the satr cast included youngsters like Arjun Punj nad shilpa saklhlani. The fulm was   a box office dud and failed to make any impact.

In 2013 came her film Navra Mazha Baavra. It succeeded at the box office as a romantic comedy. Sonali played one of the many characters in this multi starrer film.

Recently Sonali has finished working on Akshay Datt directed movie 7 Roshan Villa. The film is a thriller with Tejaswini Pandit and Prasad Oak playing the lead roles. Sonali is playing a significant role in the film that will release later this year.

Few years ago, Sonali tied the knot with her long time sweetheart Vijay Anand, who is also an actor in television and films. The couple has a young daughter named Sanaya. While Sonali believes in balancing her acting career well with her personal life, she gives priority to her family. She is a perfect homemaker as well as a talented actor.The family is settled in Mumbai where both the actors pursue their acting career.