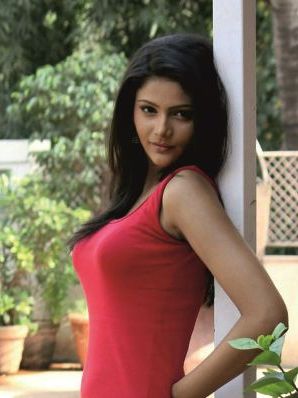 Siddhi Karkhanis is an upcoming Marathi TV star who hails from a place called Ambarnath that falls in Thane district. She was born on 29th March 1995, while was raised in Virar and Mumbai. She did her schooling from Virar and later went on to do her college from Sathaye College doing her Mass Communication. She has been active girl during her school and college days in cultural activities doing a number of plays and shows. This made her a popular person making her foundation strong to enter into the acting world.

While she was in college only when she was offered for a role in a ETV Marathi TV called Mazha Hoshil Kaa wherein she played the character of a poor girl who falls in love with a rich guy called Samar Bhagwat played by Sanket Phathak. She worked in a couple of plays including the ones from the local theatre competitions and the one called Dastoor Khudd from a long theatre group.

Siddhi Karkhanis then got another TV serial from the newly launched TV channel called Zee Yuva called Love…Lagna…Locha which has just started in August 2016. As far as her personal life is concerned, she is still single and not dating anyone.