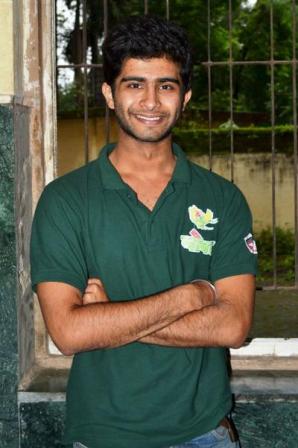 Siddharth Menon is a popular actor from M Town who was born in Mumbai on 1st July 1989. He is an actor and singer based in Mumbai who hails from a family from South India but brought up in Bombay. Her parents were based in Mumbai with father working in Airline Company while mother worked in Income Tax department. He did his schooling from Vivek Vidyalaya, Goregaon in Mumbai while went for his college from Vivek College of Commerce from Mumbai itself. After completing his graduation, considering his interest in music, he went on to study western classical music and later joined the music college called KM Music Conservatory in Chennai established by AR Rahman, currently he is based in Kochi, Kerala and keeps on coming to Mumbai for his movie engagements.

He started his career participating in youth festivals and winning applauds for his passion of music, which led him to the Ajivasan Music Academy in Mumbai wherein he worked and learnt music. Soon he got the chance to work in a reality show called X Factor India and entered in its final with his group called Nirmitee. The other members in his group included Vian Fernandez, Ranjana Raja and Pranil More. He was soon she in a video album called Music Mojo composed by his cousin – Govind Menon aired at Kappa TV and later was seen in the video called Nostalgia and Mandharachepundo published in YouTube.

He then started his own musical band called Thaikkudam Bridge and later went on to his debut in the song called Tharangal in the year 2013 called North 24 Kaatham. His debut in the films started with the Malayalam movie called Rockstar in 2015, which was directed by VK Prakash and later went on to sing the musical album called Yelove along with the talented singer from B Town called Shreya Ghoshal, which released in 2014. This album managed to get a million of views on YouTube, which turned the base for another album called Yami. He got a couple of awards including BIG FM 92.7 awards, South Indian International Movie Awards and Vanitha Film Awards for singing and acting category.